Marysville Bike Shop teams up with us to kick off our Spring & Summer tour!

One in four children in the U.S. are bullied on a regular basis according to school bullying statistics. The growing number of students affected by bullying illustrates a huge problem with bullying within the American school system. These effects include depression, poor self-esteem, suicidal thoughts, and anxiety about going to school as a result of being bullied by their peers.

Ride & Glide Professional BMX Stunt Team stands together with students, teachers and parents to put an end to bullying with a show that is as beneficial as it is fun. Positive messages that lead to a happy and healthy life are skillfully interwoven with amazing stunts during the team’s 45-minute performance. These positive role models lead by example and inspire kids to be a buddy, not a bully. The team’s founder Brent Sprute says, “Making a positive difference in kid’s lives is what I enjoy most about our school shows . . . well, that and doing back-flips on my Redline BMX Bicycle!”

The team’s tour will take them to elementary, middle/junior and senior high schools throughout Clark and Multnomah Counties this fall and winter. The team is living proof that each and every student can grow up to live their dreams by working hard and overcoming obstacles. Team hero Evel Knievel said it best when he stated, “You can fall many times in life, but you’re never a failure as long as you try to get up.”

Ride & Glide has performed in China, Russia, India and other countries, impressing clients such as Nike, Microsoft, Pepsi and the NBA, but feels it is very important to strengthen local communities and give back to the sport of BMX. PTAs, school districts, and all other interested people and organizations are encouraged to visit the team’s website www.rideandglide.com. “The calendar is filling up fast because we won’t turn down any public or private schools based on their ability to afford a show. We always find a way to make it work!” Sprute said, referring to the team’s latest program for under-funded PTAs and schools.

The under-funded school program is a great opportunity for schools because it offers eligible schools a free show for students and staff during the school day if followed by a ticketed performance at the same school within a few weeks. (Ticketed performances are always on a weekend, and tickets are never more than five dollars per person.) The team’s performances are often subsidized by event sponsors. The team proudly endorses its current sponsors Redline Bicycles, Pryme Safety Gear and Emerald Pacific Outfitters. 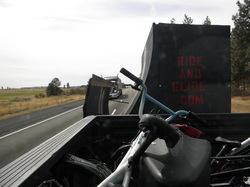 Check out this video to see more......contest info coming soon.

The rain couldn't stop us or those who came to our show on Thursday. The weather improved and we had a blast on Friday! (Thanks to the thousands of people that cheered us on.)WHR Motorsports and Wired Energy Drinks made this event nothing short of awesome! 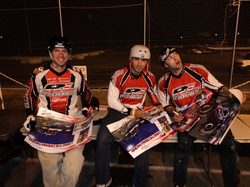 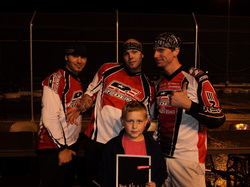 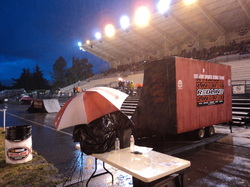 A few weeks ago  bunch of guys got together in Portland Oregon..... What went down that day was nothing short of amazing!

Tuesday March 9th - Where are we going and where have we been?! 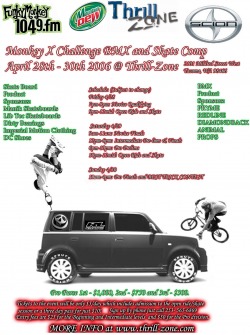 Today I found some hidden treasure on my computer while preparing a marketing proposal. Photos from around the world and posters from past events that I held while working for Thrill-Zone. It took me back to some good times. That's not to say that these are not good times; it's just that things look different after some time has passed and now I can fully appreciate all the hard work and effort that was put in to those events. So I guess if there is a lesson or any meaning behind this little update it is this..... Work hard at what you do today and you will be remembering the past with many fond memories.
...... In other news..... Sam has been up in the mountains snowboarding like crazy while the rest of the team rides between rain storms and enjoys the sessions at Washington states only indoor skate park. Brent's video project has been put on the back burner but if you want a DVD of the team in action they are ready!
.... In other news.... the Furniture girls just may be Seattle's best undiscovered band! Discover them here: www.furnituregirls.com ....... 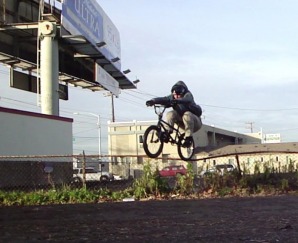 The team is gearing up for some shows up north eh?  That's right we have our mukluks and toques ready for some fun up north... more info to follow.
Our fearless leader (Brent) has been getting some serious winter footage for a web-edit video that will be posted next month. (Late January)
If these photos are any indication of the video it shouldn't be to bad, hey it might even be good! 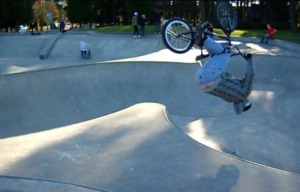 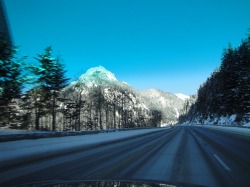 Sometimes the team does shows for our friends in California.... Today was one of those times. Thanks to the small but extremely amped group of kids that cheered us on! 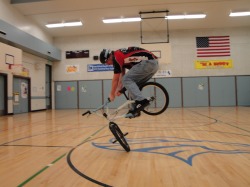 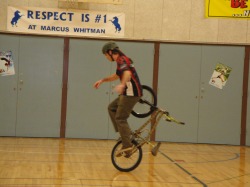 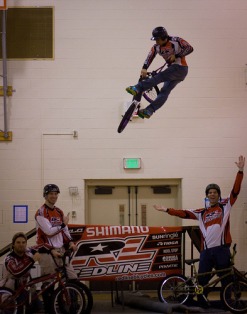 Thanks to the fantastic kids and amazing staff at Madison Middle School. Today's show was a blast. Remember to wear your helmets, make healthy choices, and encourage each other. Even more thanks and photo credits go out to tofuguns.com . 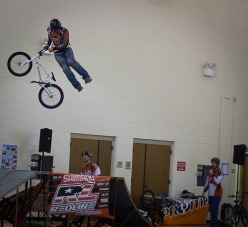 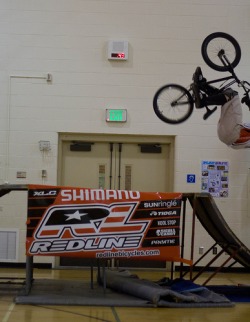